So, why a practice called Equilibre? (the philosophical bit)

Equilibre is the French word for equilibrium, and this is exactly what Chinese Medicine is aiming at, in all its forms.

By definition, equilibrium is “a state in which opposing forces or influences are balanced”. The second definition is “a calm state of mind”. I think this perfectly encapsulate the holistic view of the human body and its place in the world, a view which permeates throughout all Asian cultures, and particularly Chinese Medicine. As the French say (roughly translated), a sane spirit in a sane body.

Chinese Medicine aims at returning balance within the individual. This “equilibre” doesn’t conform to a particular stereotype but it is unique to you at this time of your life. It can take many different forms, but eventually derives from the quiet joy of inner peace, to give you the choice to become who you want to be. Acupuncture often opens a window, from which you can experience this clam state and allow things to resolve.

I also think this notion of equilibre contain the idea of things in flow. In a state of equilibrium the system has the capacity to return to the still position fairly fast after being disturbed with the minimum of fuss. Extremes are avoided. One becomes flexible like a reed, or like a child, not rigid like a dead oak. True health goes beyond the complete well-being as defined by WHO, it is also the capacity to adapt and cope, and return to equilibrium.

Is this an attainable goal? For over 10 years now this is what my work has been about, helping people regain their equilibrium, physically and mentally, in an holistic way so that they can adapt, be mostly undisturbed by what life will throw at them, and most importantly go on enjoy life. It’s about maximizing the individual’s potential. Time and time again, I see people get better beyond their expectation, get discharged and achieve amazing things, like this lady, initially riddled with osteoarthritis who then went on to complete a very long walk in the Pyrenees (see testimonials). Every relapse is shorter, less intense and clears after only a few sessions.

As a complete system of Medicine, Chinese Medicine has been invaluable in that process as it defines and directly addresses the patterns linking all the symptoms in a person, and links it to their environment. Beyond Acupuncture, specific exercise and Chinese Nutritional Therapy will also help the treatment as well work preventatively, maintaining this state of Equilibre. And that’s the ultimate goal. 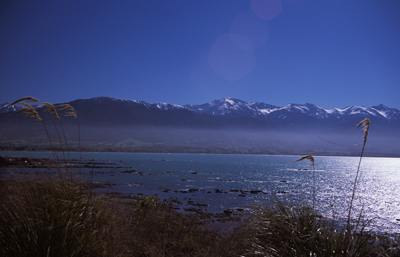 Legend: Kaikoura, New Zealand, a place where I felt particularly in balance, capable of going in any direction.